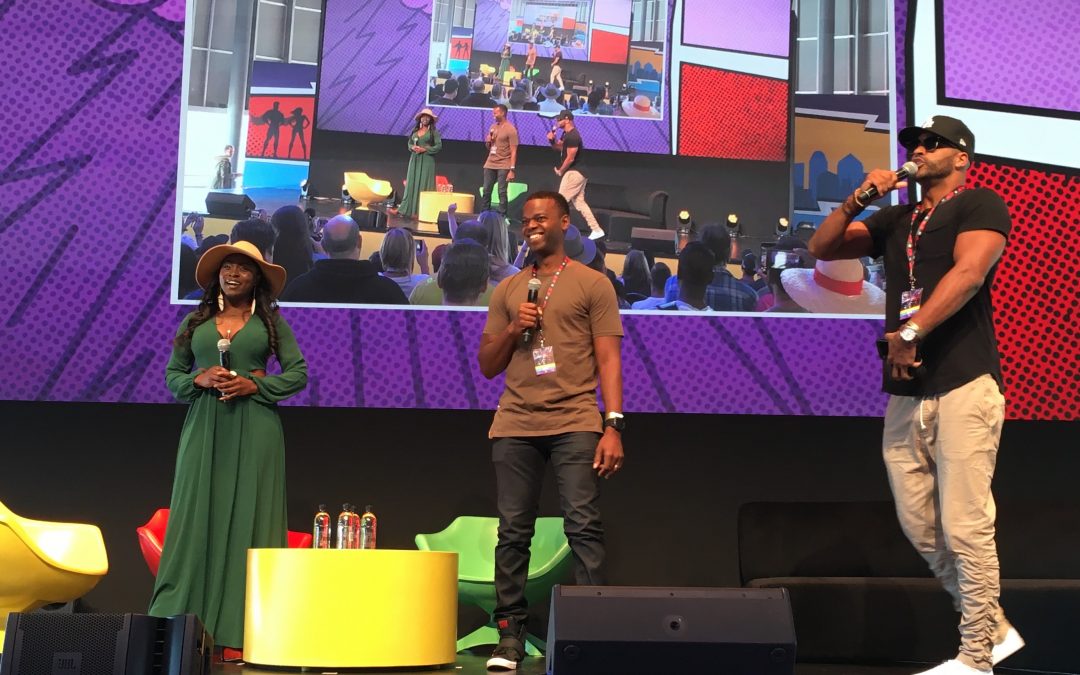 We decided to examine how modern technology can create bridges between people, business and entertainment. The author was an attendee at Comic Con Africa, the first such convention to be held on our shores, taking place in Johannesburg on 14-16 September 2018. Armed only with a weekend pass and a data bundle for his mobile device, we charged him with weaving a story of digital success. He writes here in his own capacity, making use of a longer article to tell his tale.

You’ve got to be kidding…I was waiting for this moment for over a decade! I missed the San Diego Comic Con by a few days while visiting California in 2008. Ever since then, I’ve been dreaming of attending one. To have it held in our own beautiful country was realizing that dream has come true.

The realization that I would need to share the story, however, was the herald to a real challenge. How does one meld the utter excitement of attending Comic Con with the task of telling you all about it from another perspective entirely? Luckily, help was at hand, because the organization I work for happens to be just as passionate about technology. I would not be alone!

Making the arrangements via technology

I booked early, using the online Computicket portal. Good thing, too – the first phase sold out in a matter of hours. Friends told me horror stories of being unable to find weekend passed mere days after tickets went on sale. Score one for online ticket sales providing instant access to the whole land. Buyer beware, though…others may have faster fingers!

Flights, too, were easily obtained. A quick search for preferred flight times, one electronic payment, and that was that.

Booking the convention pass and flights took less than half an hour. The trick? Decide upfront about where you’re going and how flexible you’re prepared to be. Online search filters can help you stick to your parameters.

Thankfully, accommodation was a phone call away, courtesy of friends and family. To be fair, between typical accommodation and short-term rentals, I could likely have booked a place to stay in next to no time.

Ok, so now I had a trip ready, in theory. The weekend pass was booked early enough that there weren’t any actual tickets ready to be printed yet. When I visited Computicket to fetch what would be my access to a slice of geek heaven, I was given a “pre-ticket” instead. The real ticket, I was told, would only be available from the start of August, 6 weeks ahead of the convention. Not sure if this was a technology or logistics limitation, however, so not much to suggest there.

The final planning step involved bringing friends together to make a social experience of it. I made a few urgent phone calls and created a WhatsApp group. That’s all it took on my part. Suddenly, there were 8 of us attending on one day or another. 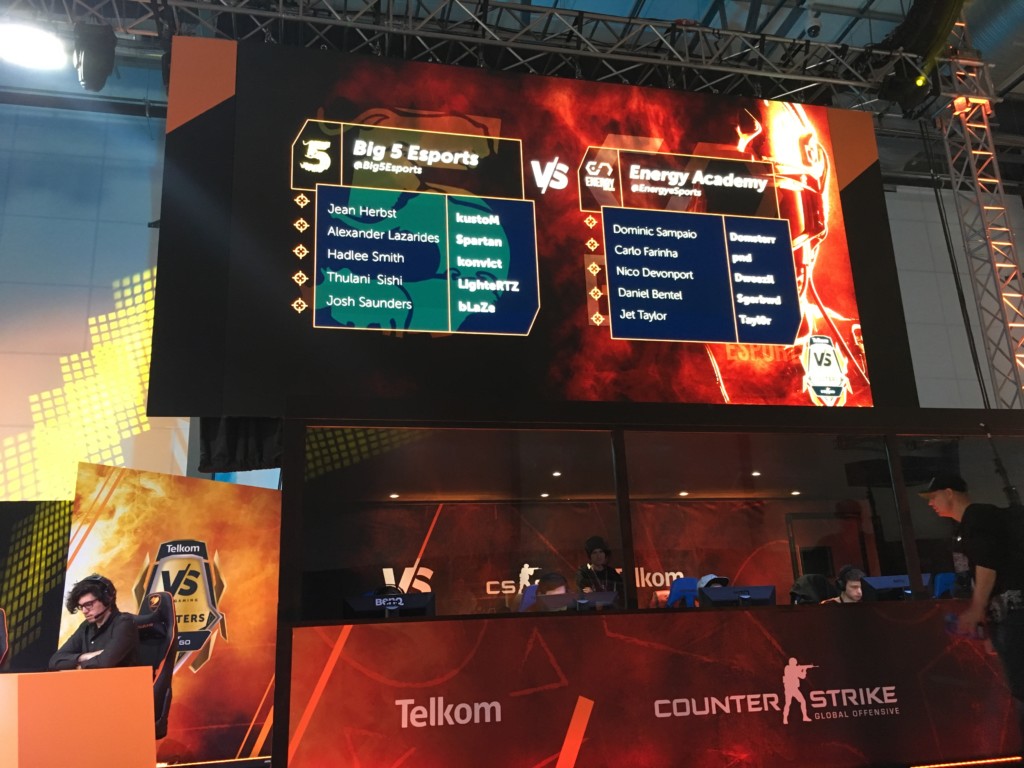 There and back again

Traveling is usually a chore for initiates and experienced journeymen alike. Effectively deciding what to take with often requires a postgraduate education. Packing is an epic-level task. And once you’re at the terminal…welcome to the boss level!

Happily, there are a few perks available thanks to technology. For starters, I was able to check in to my flight and select a seat using nothing but my mobile phone. This is more than convenience, it’s a tremendous timesaver. What’s more, this efficiency means flight cycles are slightly shorter, so more flights are available. And it’s all so very easy. Finally, whether you’re ride-sharing, summoning a friend or taking a shuttle, summoning your ride is a tap, call, click or a short website form away.

I discovered that one little technology gremlin still exists. For some reason, you still need to unpack your laptop and present it separately to airport security. I didn’t want to complicate matters by asking security directly. They can be touchy at 6 in the morning. Despite this, I was still grateful that technology provides so much airport security. I was able to traverse a country not only at speed and in relative comfort, but also in safety.

I did feel, however, that in-flight WiFi should start making its way onto local flights. Bad enough that I lost over two hours of potentially productive time. It’d be worse for a frequent traveler. While there were many options for me and them to remain entertained or working, connectivity was and is still lacking. I couldn’t see why what is a commodity on the ground shouldn’t make its way onto short-haul flights soon. Yes, you could argue that you’d be grateful for the break. I would still prefer the choice.

I’m not in Joburg terribly often, but each time I’ve visited I made a point of checking what the mobile connectivity situation looked like. My service provider was giving me more than enough. Speeds remained steadily between 20 and 40 Mbps, and the latency never jumped above 70ms. Perfectly adequate for any mobile task. Plus, hooking my tablet and laptop to my phone’s hotspot meant that every device could connect.

The place I was staying at had no fixed-line connectivity, so 3G/4G/LTE technology availability was a boon. I’m not a heavy mobile data user, so the entire 6 days used less than 1GB data. This included all downloads, media shares and VoIP calls. I even snuck in some late evening streaming when things were quiet.
  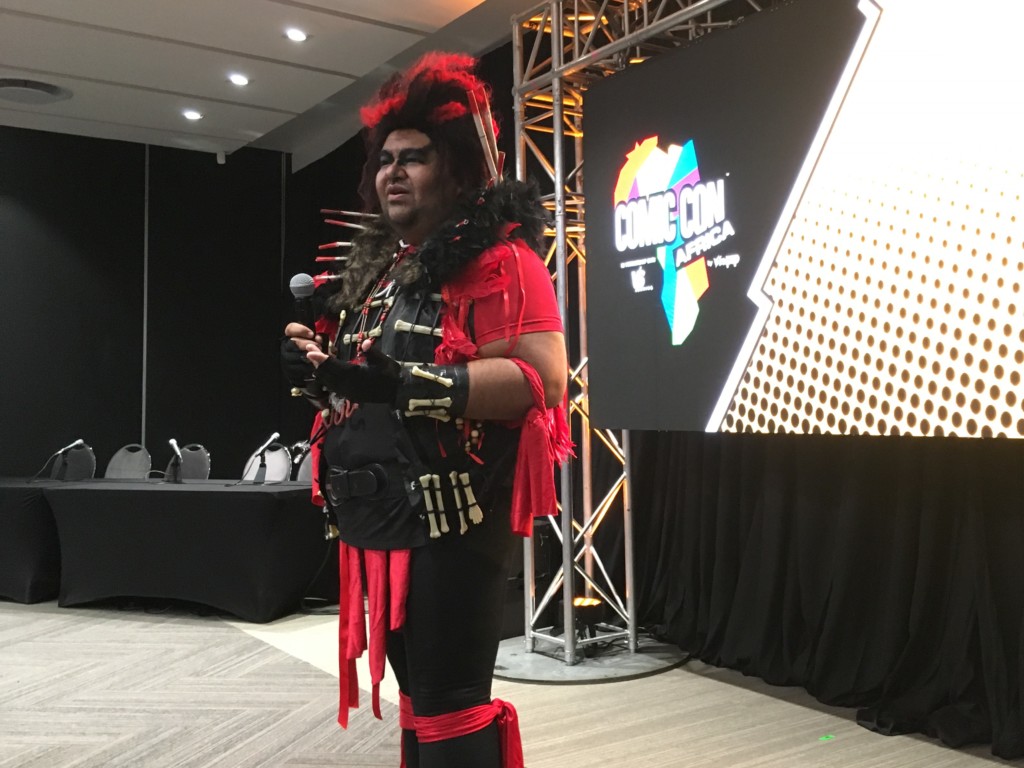 On day one, I went along with both my mobile handset and my tablet. The latter could not have been less necessary, as it turned out. My phone was newer, had plenty of storage space and boasted a superior camera for the inevitable pictures. I ditched the tablet from day two and relied entirely on the phone.

With the exception of the Live Action Role-playing events, most of the pictures amounted to still-life photography. Most modern handset cameras would be up to the task. When I only managed to find a seat at the rear or was standing in the back, however, I missed a dedicated camera device with a decent zoom, and envied the event photographers their equipment.

I realized, though, that unless I was attending purely for pictures, there was no way I’d be happy lugging around ten kilos of camera, tripod and lenses. Current imaging technology could only take me so far before I had to sacrifice something. Hopefully the future would blur that line even further.

You have the Con, technology

Taking charge of where to go at what time proved to be fairly easy. I discovered, though, that the printed event schedules handed to us upon arrival were far superior to the clunky website version. I thought about ways to overcome this. A better web interface (or a convention app) could have streamlined the information, schedule visibility and reminders into a far more user-friendly package. As it stood, I ended up clutching the schedule in one hand while setting phone alarms with the other far too often.

What’s more, by day two (a Saturday), I was frustrated by how often events or plenary sessions I wanted to attend were full by the time I arrived well in advance. A little research showed that conventions abroad have a reservation system for events built into their booking systems. It would have been fantastic to have a scheduling app that limits attendance to one location per time slot, and feed off info from the locations to let me know when there was no more room available. The technology exists, though perhaps it isn’t quite as widespread yet.

It was nearly impossible to keep our group together during the convention. The crowds were impressively large and dense. Inevitably, we became separated from one another. What’s more, calling someone was nigh useless, because both indoors and outdoors was terrifically noisy with exhibitors and excited con goers. We struggled with instant messaging until we opted for WhatsApp’s highly useful live pin feature. No talking, no typing, just follow your phone to the location and look around nearby for your friend. I didn’t think of testing whether connecting to WiFi really does improve location accuracy, though.
Of course they make spending easier.

Like myself, the average person attending an event like Comic Con was likely to spend on food and drink, as well as choosing a souvenir or twelve. I specifically asked at every stall and booth I visited, and pretty much all of them catered for card or tap-based payments.

The food vendors were a slightly different story, however. Most needed cash, and if I hadn’t been carrying in advance, I would have needed to stand in a frightfully long queue at the mobile ATMs. I would encourage them to look into obtaining the tiny new mobile-linked card payment devices that were so prevalent at the booths and stalls. Some of the people manning the latter were even able to email me detailed receipts directly after I had paid. I felt this technology would bode well for future events, and events in general. Faster and easier payments would mean more transactions processed. More revenue for sellers would also make them more likely to be at future events and helping turn them into another roaring success.
 

Bringing the different worlds together

Both roleplaying and digital gaming groups rely heavily on technology for successful engagements. The former make use of social platforms to coordinate meetups, tally results and so forth. The latter need appropriate hardware to play. Both groups also need solid connectivity, a commodity without which they cannot game with others.

As for the convention panelists, celebrities and cosplayers, the majority of them are social media powerhouses. Their very ability to entertain and interact relies on online profiles. For them, being connected is a must. What’s more, they need decent hardware to capture and tell their story.

While technology is primarily a passive medium, and cannot create an event on its own, it is nonetheless the most vital of elements. As always, the ability to communicate fast, far and wide was paramount.
With the right application of technology, people can achieve amazing results. Case in point – the first Comic Con Africa was a rousing success in my eyes. I’m already looking forward to the next one, and the one after that! And I’m trusting advances in technology to make the experience even better.

Thank you to the organisers, the sponsors, the attendees, the geniuses behind the technology and of course Adept for making all this possible, and providing the opportunity to realise a dream!